You may have seen articles in the news, links on social media and reports on the TV regarding the prior approval scheme. As this is a major factor in our business, we have taken a keen interest in the reports and articles being circulated. Judging by the number of calls we have received over the past few weeks from existing clients and potential new ones, most of you have read or heard something on this topic.
Permitted development is a minefield at the best of times; the rules appear clear and straightforward, but there is also a large technical guidance document that is generally not read by homeowners, and judging by some of the applications we have seen and advice people have been given, it is rarely referred to by architects and designers.

I wouldn’t expect the majority of homeowners to understand all the rules and regulations around permitted development, but when you see headlines like ‘large extensions now do not need planning permission’ or ‘increase the size of your home without permission’ it does worry me. Although both statements are actually true, they are very misleading and unless you read all of the articles and have some understanding of the topic, you can get yourself into trouble as an application is required.

When was it introduced?

Permitted development has been in place since the 1940’s and has had a number of different names, but the general principal was to allow people to build extensions and make home improvements without the need for lengthy planning applications. It reduces the amount of applications the council receives and makes life a lot easier for homeowners.

What is permitted development?

Permitted development means that most homeowners can extend their homes without needing to submit a householder planning application to the council. Kitchen extensions, porches, outbuildings and loft conversions are all covered under this, and it does mean that if you meet all the requirements, you can build an extension without the need to inform the Council planning department. This does save you time and money, but it can lead to problems during the sale of a house.

If no documentation is in place, a solicitor could ask the seller to prove that the extension complies with permitted development rules, which could cause a delay or even loss of the sale. We always recommend our clients apply for a lawful development certificate. An application will be made to the council along with drawings showing the proposal, and consent will be granted if all the criteria are met. You have the option of applying for existing use or a proposed use, which essentially gives you the option to apply before you start building or once the build has been completed.

What does permitted development allow me to do?

In terms of extensions, you can build an extension on the rear of a semi-detached or terraced house at 3m, and 4m on a detached house. In 2015 the Town and Country Planning General Permitted Development Order (or GPDO for short) was relaxed to allow homeowners to increase the size of extensions from 3m to 6m and 4m to 8m under the prior approval scheme.

What has been misleading in some of the articles is that all this information is clumped together and implies or suggests that you can build an extension on the rear of your home to these larger depths without the need to apply for any form of planning. It is true that it does not require you to submit a householder planning application, which can be far stricter, but you do have to inform the council if your proposed extension is over 3m on semi and terraced houses, and over 4m on a detached home.

The reason for this is that extensions at this depth must go through the neighbour consultation process. This type of application is referred to as the prior approval scheme. Your extension will still be assessed under the same permitted development criteria, and the only difference is the relaxed rules regarding the proposed depth. If one of your neighbours objects to the larger extension, it is likely that the application will be refused. The objections must be valid, but if any reference to height, overhearing, or blocking light are brought up, the application will be refused. If no objections are received this is a straight-forward process. 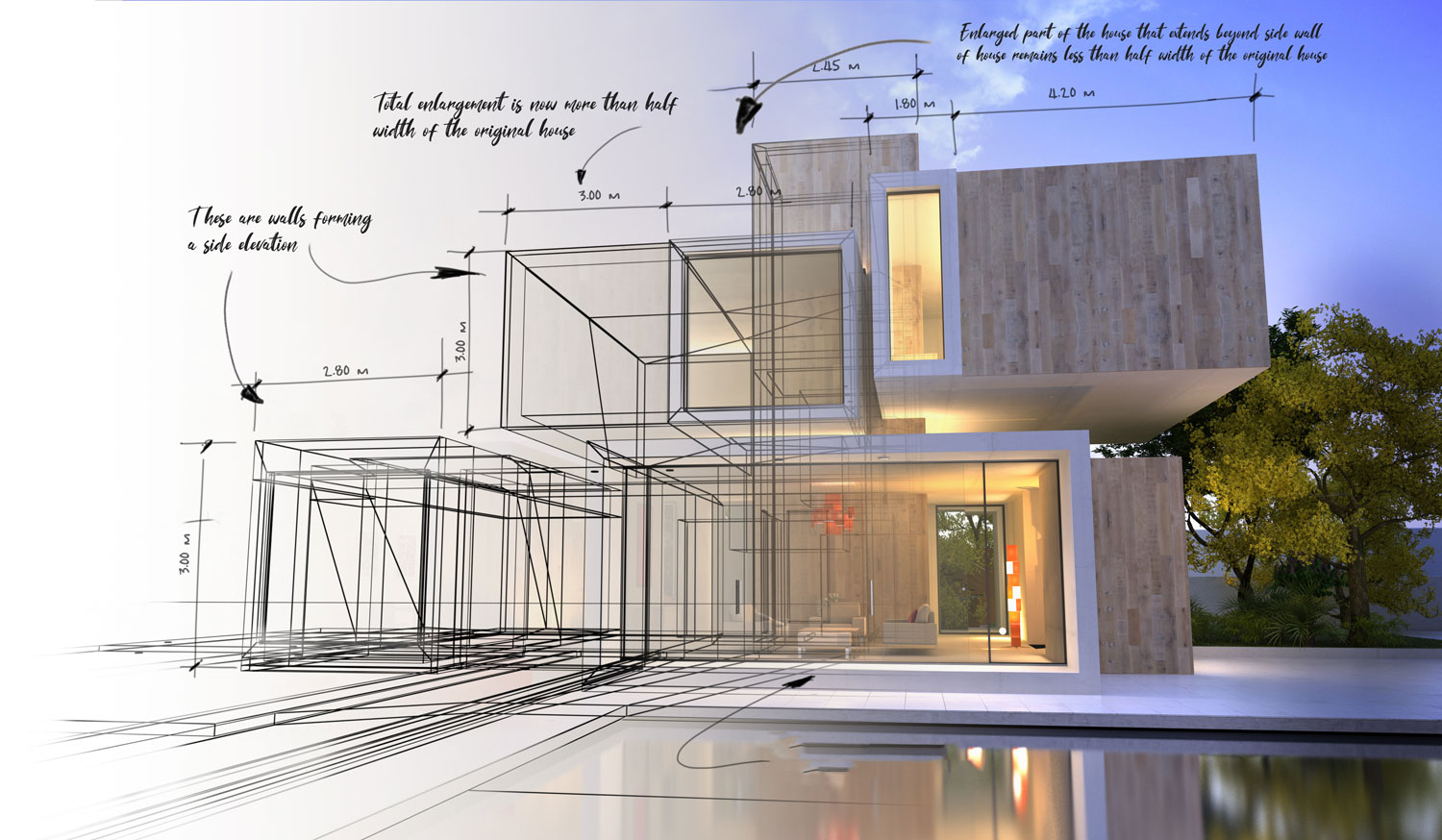 Is my permission still valid?

Applications made under the previous prior approval scheme, which expired on the 31st May 2019, meant that any building work would have to be fully built by this date. It meant that any application we were putting in during January and February really was a race against time to get the permission and get the build wok completed before the cut off. The likelihood of planning enforcement visiting all the homes that were building was unlikely, but we couldn’t advise clients it would be okay to overrun.

The scheme had been extended in 2013 for a further 3 years and we were expecting the same to happen again this time, but rather than the scheme being extended (meaning if you were in the middle of a build or had an application approved in May, you could carry on with no issues) this was not the case.
The new scheme that has been introduced is now permanent and there is no fixed completion date. The scheme is also available to previously approved applications on the old schemes, meaning that you are now able to carry out the building work based on the previously approved scheme. These applications are decided within 42 days as they are subject to the neighbour consultation period of 21 days.

What would stop me getting approval?

As mentioned previously, there are a number of factors that you have to comply with, such as height, length, location and proximity to boundaries. With this type of application, the extension must be on the rear of the house, and it cannot extend past the side walls of the house. If your house is 5m wide and you have a 1m gap along the side of the house, the new extension cannot be 6m wide and you would have to stop it at the edge of the existing house.

These rules are also focused around the original construction of the house. If you already have an extension across the back of your house, you cannot base this rear wall as your starting point. This depth of the existing extension would have to be deducted from your total – for example, on a semi-detached house, if you had an extension at 3m in depth you would only be allowed the additional extension to be 3m given a total from the original rear wall of 6 metres.

It is relatively straightforward if you have an extension that is the same width as the original house, but if your house already has a rear projection that is narrower than the width of your house, this will change what you can do. Examples of this would be a Victorian house where the kitchen is pushed back into the garden, a bay window, or an adjoined outbuilding like a coal shed or outside toilet. If these are later additions it is ok as they are not part of the original construction, but if they were constructed when the house was built then you would have to change your design or submit under a householder application.
If you have a projection on the back of your house and you want to still build under this type of scheme, you have two options: The first is building the extension at the depth mentioned previously, but the new extension cannot be built off or touch the existing projection. If you do decide to build onto the existing structure, it will mean that, again, you can build to the increased depths, but the width of the new extension cannot exceed half the width of the original house.
Due to these rules being all about the original house and how it looked the day it was built, even if you had a rear projection of some description and at some point in time it was removed, the council would still view this as if it were still in place. If you are planning to carry out these types of extensions, it is important that either yourself or whoever is submitting your application researches into whether parts of the original house have been removed.

If you live on a road with similar houses on it, have a look to see if they have any additions on the back that may be original; if a number of houses have the same element then it is likely that this is actually an original feature. You can search through the planning history to see if any applications were made to remove part of the house. If an application has been made to the council for an extension, then the applicant would likely have had to include existing plans which could show an element on the rear of the house that has been removed.

The prior arrival scheme cannot be applied for retrospectively i.e. after you have constructed an extension of 6 metres in depth. 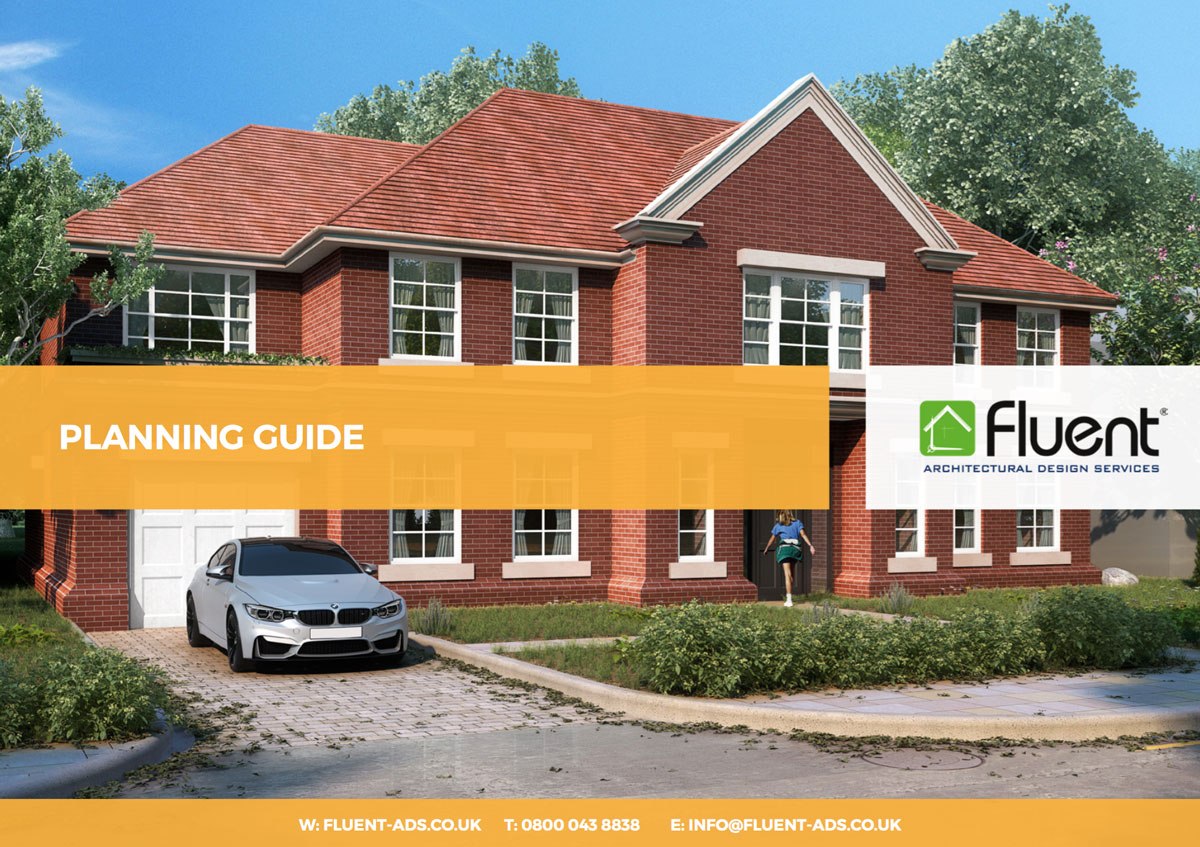 If you would like to find out more about the planning process, download our guide from the our process page.